Noise pollution is one of the top most quality of life issues for urban residents in the United States. It has been estimated that 9 out of 10 adults in NYC are exposed to excessive noise levels. Such levels of exposure have proven effects on health causing sleep disruption, hypertension and so on. It is especially harmful for the children. Studies have proved that noise pollution leads to learning and cognitive impairment in children.

NYC has tried to regulate the sources of noise since 1930’s but just like other cities around the world, lacks the resources to systematically monitor noise pollution, enforce its mitigation and validate effectiveness of such actions.

Currently the city monitors the noise via its 311 service, which is for civil complaints and as of 2014 it receives about 400 noise complaint calls per day. Unfortunately the combination of limited human resources, transient nature of sound and relative low priority of the noise complaints causes slow or nonexistent responses.

In order to address these limitations, the objectives of our project is to create technological solutions for:

We plan to achieve these objectives by implementing a novel CPS system that we call SoNYC, Sounds of New York City.

For performing a large scale noise monitoring, we need a distributed network of sensors that can perform advanced processing to produce audio data up to city standards. We played around with different options such as:

if you know me, you would know that my preferred language is (and will always be) Python

I would like to boast a lot about this project but for the sake of length of this blog, I will stop rambling. However, if you are interested to know more about this project, you can visit: wp.nyu.edu/sonyc or contact Me 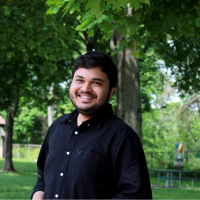